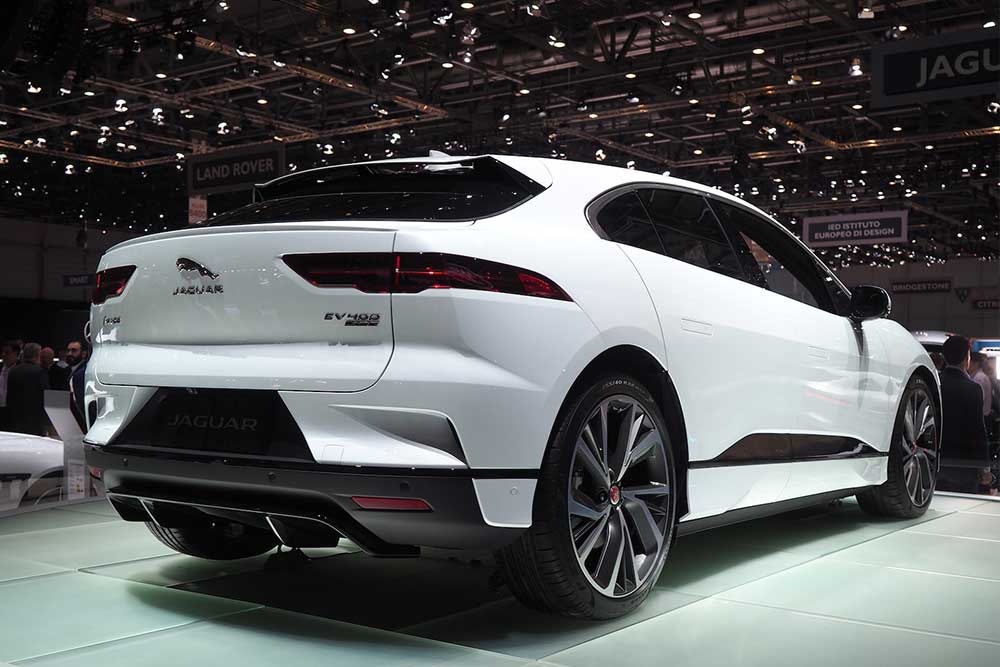 An interview with Ian Callum

Tesla stirred the established auto world when it showed the possibilities of electric cars. Elon Musk’s boutique electric fleet did not compromise on design nor did it on performance, thus disrupting the electric car landscape. Now the I-Pace will continue this dialogue. Jaguar’s first pure electric product is a practical, performance car. And it looks brilliant in the metal. The I-Pace will help promote the image of electrification.

“There is an opportunity to become an electric car company,” Ian Callum begins as we settle down in a quieter corner of the Jaguar hospitality suite away from the noise and bright lights of the Geneva Motor Show. The marque’s creative director says his company will continue to explore combustion engines for the foreseeable future especially with cars like the F-Type, yet with the I-Pace “we have made a stance and a declaration, and we should continue on this.”

The production I-Pace has kept the integrity of the earlier concept car. “It was always my intention to produce the car you saw originally. But look closer and you will see that every surface has been changed by millimeters. The concept was slightly wider and the wheels slightly bigger. You have to do these things on a show car, but once you have established the shape, then you can change it quite a lot.”

The I-Pace before me explores a sustainable design theme for Jaguar. Its proportions reflect the battery-electric technology powering the vehicle for a cab-forward profile instead of the typical long Jaguar bonnet. Callum says the main challenge was with the sheet metal. “The concept car was made of carbon so the edges are sharp – they are tight. The production is made of aluminum and that has its challenges but we knew that was coming, so the shoulders, for instance, are not as wide. Then, the aerodynamics was important to get right especially on an electric car.”

Much of the design is therefore aero-driven to achieve a drag coefficient of just 0.29. The low bonnet is curved in a way that allows air to flow seamlessly across; there is a sweeping roofline and squared-off blunt rear, while flush door handles help direct air away from the volume of the car. Callum says the electric powertrain offered him unprecedented design freedom. He smiles. “We have produced a concept car for the road.”

Returning to his original comment, I ask Callum if there are plans for a Jaguar electric sub-brand. He shakes his head saying he sees it as a natural continuation of the current product plan. “I see no reason to separate the two.” Saying that by its very nature, an electric car range will have to have a defining aesthetic. He looks visibly excited. “The I-Pace has opened-up a whole new visual language for us. The expectation with SUVs is that they need to sit upright but that doesn’t have to be the case. This car has SUV capabilities, it has all-wheel-drive and is all-electric, but doesn’t look like one. It has its own place and I like that.”

For its first electric car, Jaguar chose to work with the SUV architecture mainly due to the constraints of the mechanics. The batteries would have to sit very low on a sedan or sport cars whereas with a SUV you have the freedom of adding height. Going forward though, Callum will look at finding a solution for sportier cars. He offers, “I’m taking one model at a time.”

The cabin continues a contemporary Jaguar theme – the digital display is joined by a couple of tactile rotary controls to feel more like a fighter-jet cockpit. Callum feels it is important to offer a familiar driving environment. “The only difference is that we have more of an electronic display area,” he pauses then adds, “the tactical elements are so important. I take great joy in feeling the rotary control – that interaction is hugely important and so much more intuitive to use. Travelling at 70 mph touch screen can be very distracting.”

I suggest to Callum that Jaguar is in a great position to push the boundaries of luxury interior materials with such ecological products. “You can stretch this car from traditional wood to carbon and we are offering non-leather luxury materials such as Kvadrat fabrics,” he says referring to the Danish textile maker usually associated with contemporary furnishings and modern design.

Sister company Land Rover recently created a bespoke Kvadrat wool upholstery for the new Range Rover Velar. “Leather is a product of a process and I don’t have an issue with it but the actual manmade materials are exciting and offer a great texture. I’d like to get into cashmere, durable wools and get them to automotive standard.” He admits the time must to be right, there needs to be demand and, crucially, dealers have to be trained to explain novel ideas to potential customers.

The changing landscape of automotive retail will of course help. Younger consumers are highly knowledgeable and more explorative. Callum looked at the car intently as he says: “With a product like I-Pace it has to appeal to people whose interest isn’t solely motor cars. We have to make something so appealing that they would want to be part of this new club. It is a huge opportunity for us.”

He says the younger designers at the Jaguar creative studio in England see the world differently. He has set up teams to observe autonomous driving, what the car could potentially look like when we’re no longer driving. The design team is an eclectic mix, he says, “especially in color and trim where we have quite a few imaginative characters whose world is out there somewhere. It is great fun.”

Callum is fascinated by how his international team of designers perceive Jaguar. “We have such a mix of nationalities at the studio and it is fascinating listening to how they see our brand. They feel we need to maintain some of the traditional ideas of making things, craft, a sense of humor. They feel the whole world is becoming homogenous and they help me pull these elements out again.”

Callum is perceptively pleased with his first electric product. “When you see one on the road you can’t miss it. It has great presence, an honesty, integrity. It doesn’t have a bonnet because it doesn’t need it. It isn’t too big and isn’t too wide. It is a practical car that looks pretty cool too. And it is electric.”

Jaguar has had tremendous success in recent years. Does Callum worry about keeping the momentum going at this rate? “The amount of effort the design and engineering teams put into the cars is unbelievable,” he replies. “We have 12,000 engineers now. The Jaguar Land Rover design team are over 800. We have fourteen car lines between us.”

As a parting question, I ask Callum what he would take from this project to the next. “Ah, I would go at it again but with more confidence. The next generation of this car will be a bit more rakish, a bit more radical.”